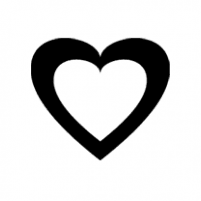 Whether they are benign or indicative of a more serious medical condition, ovarian cysts are not only painful but can cause fertility problems in women. From their Rodeo Drive practice in Beverly Hills, California, Drs. Peter Weiss, Rebecca Brown, Kathleen Valenton, Jennifer Chen, and Quy Nguyen at Rodeo Drive Women’s Health Center in Beverly Hills, California treat not only the physical impact of ovarian cysts but their potential emotional impact on a woman’s reproductive health.

What are ovarian cysts?

Ovarian cysts are pouches filled with fluid or tissue that are located inside of the ovary. Common ovarian cysts are rarely malignant (cancerous) and can happen in women of any age.

Functional cysts are the most common type. They usually have no symptoms and go away on their own.As the name suggests, these can be a normal finding in most women

These cysts contain different tissue types from elsewhere in the body, usually skin or hair. In rare cases, teratomas can be cancerous.

These cysts are large, often benign tumors that grow on the outside of the ovary causing pain and affecting fertility.

These cysts require closer observation and may require surgical removal.

A variety of conditions cause ovarian cysts. Women with polycystic ovarian syndrome (PCOS) tend to develop cysts when ovulation is disrupted in the body. Endometriomas are cysts that happen in women with endometriosis, a condition where tissue that normally lines the uterus grows outside of the uterus. The goal of the evaluation of any patient with an adnexal mass or ovarian cyst is to determine the cause or source of that mass or cyst.

How are ovarian cysts diagnosed?

Most women who experience ovarian cysts will never experience symptoms, and the cysts will be resolved on their own within six to eight weeks after their development. Thus in many situations, follow-up appointments with your doctor and ultrasounds are necessary. In every case, the key to treatment of ovarian cysts relies on the successful diagnosis of the cyst type.

Some cysts will be discovered during your routine pelvic exam. Others will be examined if you experience pelvic pain during sex or menstruation.

Large cysts, such as cystadenomas, cause a condition called ovarian torsion where the ovary is twisted causing pain on one side of the abdomen that comes and goes or starts suddenly. An ovarian torsion is considered an urgent condition that usually requires rapid diagnosis and surgical treatment.

How are ovarian cysts treated?

The management of an ovarian cyst depends on our evaluation of that cyst and your symptomatology. Ultrasound examinations and blood tests can give your OB/GYN an idea of the type of ovarian cyst, and a treatment plan can then be developed.

Your OB/GYN may also use hormonal therapy or other treatments to regulate hormone levels, treating both the cysts and other symptoms of hormonal imbalance. Many benign appearing cysts are managed with close surveillance alone which includes serial pelvic ultrasounds.

Some ovarian cysts require surgery to remove the cyst to alleviate symptoms and determine whether it is cancerous or not.

At Rodeo Drive Women's Health Center, we accept most major insurance plans. Here is a list of some of the plans we accept. Please contact our office for insurance eligibility.
View full list of companies

Words from our patients